Moorish Architecture – the legacy of a vanished kingdom

The Alhambra of Grenada, the Great Mosque of Cordoba and the Alcazar of Seville are the three most impressive monuments to the architectural creativity of the Moors in Spain, but there are many other examples worthy of mention too.  The classical origins that influenced the Moorish style are less well-known, but fascinating to explore, as is the unique interior decorative style developed by the Moors, which gives their architecture its beauty and exotic appeal – an appeal so strong that the Christians sometimes copied it, even as they slowly reconquered the territory from its Islamic rulers. 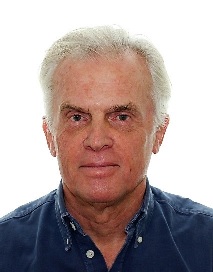 Art historian with a BA (Birkbeck College) in art history and an MA (Courtauld Institute of Art) in medieval Spanish art history. Specialist in the nearly 800 years of Moorish occupation and Christian reconquest of medieval Iberia.

Founder and director of an art tours company, specialising in guided cultural tours in Spain, plus lecturing in London at institutions such as the V&A, SOAS, Christies Education, and the London Art History Society. Formerly a Chartered Accountant and senior manager in multi-national IT companies, with extensive public-speaking experience.