The World in a Grain of Sand: William Blake 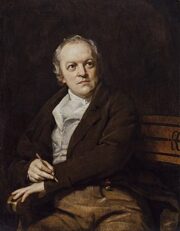 This is a Zoom Lecture

William Blake: Poet, Painter and Philosopher; Rebel, Radical, and Revolutionary. Called a man without a mask by his friends, Blake was always less ahead of his time than outside it, creating his own mythology to tell the truths he perceived as the heart of all existence. Yet he was also a passionate participant in the world of his own day and his paintings and poetry, shaped and conditioned by life in England under George III and the long shadows of revolutionary Europe and America, are as particular and specific to eighteenth century London as they are timeless and universal. Blake in his lifetime was called mad as often as visionary; his work remains ambiguous and contradictory: enjoyed by schoolchildren while continuing to baffle scholars. This lecture examines the phenomenon of William Blake and his paradoxical way of seeing the world, which challenged orthodoxy of all kinds and continues to do so. 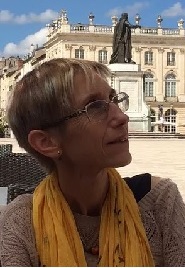 Dr. Justine Hopkins is a writer and freelance lecturer in Art History, currently living in Bristol.

She took a BA Hons degree at Bristol University, reading English and Drama, then changed direction and did an MA in Art History at the Courtauld Institute.  After eighteen months working as an archaeological illustrator, partly in Belize, she returned to Art History, gaining a PhD from Birkbeck College, London for her research into the relationship between science, religion and landscape painting from the French Revolution to Darwin’s Origin of Species. Since then she has worked freelance as an Art History lecturer and writer: for Bristol, London, Oxford and Cambridge Universities; Tate Britain and Tate Modern, the National and National Portrait Galleries; the Victoria and Albert Museum; Sotheby’s, Christies’ and assorted independent institutions.  She is also a registered lecturer for NADFAS.

Justine is the step-granddaughter of the sculptor and painter Michael Ayrton, and the main point of contact for all matters connected with his work. [See ‘Ayrton Estate’ section for further details]

As a writer of Historical Fantasy she is represented by the John Jarrold Literary Agency.