The Role of the Arts in the Cycle of Crime, Prison and Re-offending 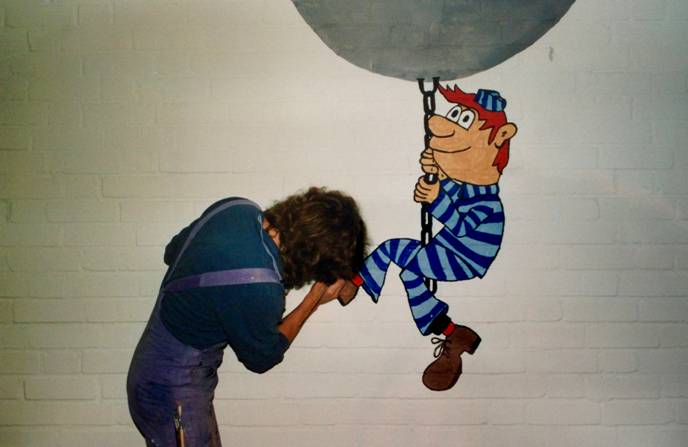 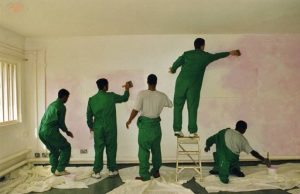 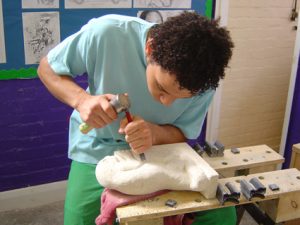 Years of working as an artist within the Criminal Justice System in England and Germany have given Angela unique insights into the destructive and costly cycle of crime, prisons and re-offending. In this thought-provoking talk she offers a deeper understanding of the minds, lives and challenges of offenders. Angela Findlay is a professional artist, writer and freelance lecturer with a long standing interest in the role the arts and the creative process can play in bringing about changes, on a personal level or within societies. Her long career of teaching art in prisons and Young Offender Institutions in Germany and England, followed by her role as the former Arts Coordinator of the Koestler Trust in London, gave her many insights into the huge impact the arts can have in terms of rehabilitation. She is currently advising the Ministry of Justice and presenting the case for the arts to be included in their new rehabilitation and education policies.

In the past decade Angela’s Anglo-German roots led her to discover and research Germany’s largely unknown but fascinating post-WWII process of remembrance. So completely different to the British one, the arts once again play a huge and vital role in expressing the apology and atonement that underlies the country’s unique culture of memorials and counter memorials.

Angela has a BA(Hons) in Fine Art, a Diploma in Artistic Therapy (specialising in colour) and her paintings are widely exhibited both nationally and internationally.

This Section Was Added After The Lecture

The guest speaker on Thursday 9 May 2019 gave a unique insight into the role of The Arts in the cycle of crime, prison and re-offending.  Using extraordinary slides of prisoners’ art and personal stories from arts projects she had pioneered in English and German prisons, Angela Findlay demonstrated the vital role The Arts play in the rehabilitation process of offenders.  Angela is a writer, artist and lecturer who, until 2016 was advising The Ministry of Justice on a radical new approach to the treatment of prisoners and reform within the prison system.  Unfortunately, that project came to an abrupt end following cuts in government expenditure and the recent political instability.

By developing and encouraging key life-skills, which many offenders lack or have been denied through circumstances in their early years, Angela illustrated how access to light, colour and space can impact significantly upon those who are locked up for 23 hours each day.  Personal space is a crucial part of the rehabilitation process but is almost impossible to find in corrective institutions in the UK.  We have the highest number of prisoners behind bars in Europe.  This lecture was thought-provoking and particularly disturbing knowing that, in Angela’s words – the prison system is a ‘ticking bomb’. 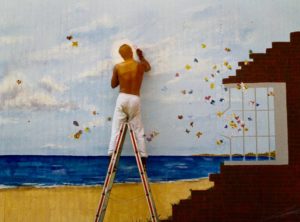 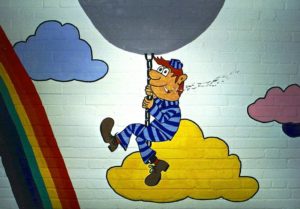 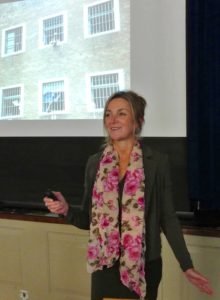 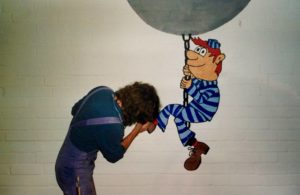