Most Popular Pictures in British Collections

This lecture will present the most popular paintings to be found in British collections – in reverse order from No. 20 to No.1, compiled from different polls conducted since 2005 (society members who recall Alan Freeman’s Pick of the Pops will get the idea!). As the list is counted down, there will be detailed discussion of some of the individual artworks, as well as reflections on why some artworks rate so high or low and why some don’t feature at all. Overall, considerable interest, some fun and a little seriousness is promised. 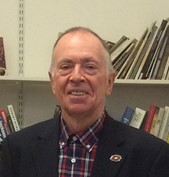 Ray has had a life-long love of art. From 2014 to 2017, he studied art history at the Open University, and then at the University of Buckingham, from where he has an MA in the History of Art. Since 2011, he has been a guide at Tate Britain and Tate Modern, where he leads public tours of all the permanent displays and also undertakes exhibition tours. In his twenties, Ray studied social sciences at the London School of Economics and the School of Oriental and African Studies, from where he was awarded a BSc and a MSc respectively. These degrees led to a career in health and social care, with art being an evening and weekend passion. They also gave Ray a grounding in evidence-based approaches, which he now uses to ensure his art lectures are well-researched and well-informed. Ray is an experienced public speaker who, over many years, has given presentations and lectures on a range of health, art and other themes to diverse audiences in the UK, and abroad from San Diego to Hong Kong. In mid-2020, Ray began organising, hosting and presenting at many on-line art-based seminars for fellow Tate guides and other art lovers. Ray is a member of his local Arts Society in Blackheath.